It's hard to return to something you loved a long time ago. Familiarity is comforting, but some of the imperfections you once overlooked often don't age well. This works on two levels in visual media (and not just for games).

Firstly, technical capabilities improve. We have better tools now than we did many years ago. Sometimes knowledge of those limitations makes for better entertainment. Star Wars is a better film, even technically speaking, than any of prequel or sequel trilogy films as it's more careful with the technology it has.

Secondly, conventions change. However good a film Citizen Kane is, it's hard not to find the dialogue more dated than the visuals. What we consider entertaining moves on. 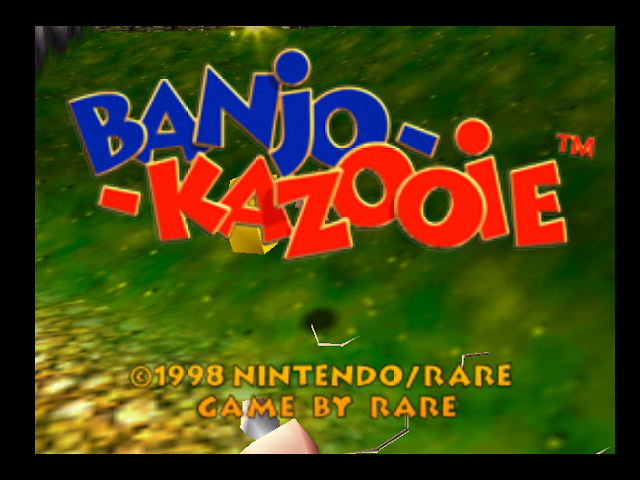 Banjo-Kazooie is 22 years old. The XBox 360 remaster is closer in release date (2008) to the original game than to now. It certainly suffers from both of the above problems but it's aged better than so much from this period.

Banjo-Kazooie is a 3D platformer. That sentence is loaded with baggage; you're likely already thinking of sometimes imprecise controls, an annoying camera, too many collectables and sometimes obtusely hidden solutions. You're right. This is a genre that was absolutely everywhere in the late 1990s (Busby 3D anyone?) and now is all but gone (Yooka Laylee and Super Lucky's Tale being notable exceptions). 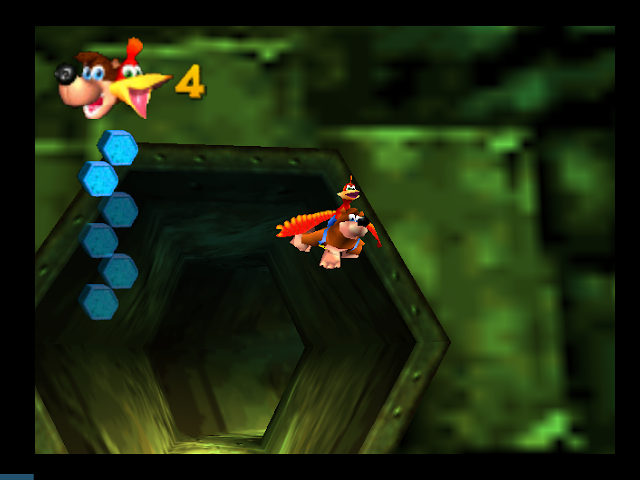 So how has it aged? On the technical side (I played the N64 version through an emulator) it's understandably a bit lacking. The intensely soft graphics of the N64 look even less favourable in modern terms and sometimes the muddiness makes spotting things a bit fiddly. In general though, this is a game that knew how to use its technical limitations. It looks massively better than Super Mario 64, and clever use of bright sprites or colours for collectables against muddier 3D textures helps highlight the things you're actually looking for. The music is a Grant Kirkhope masterpiece, using the constraints of the famously weak N64's audio capabilities to force invention. The sometimes maligned way characters speak (a unique-for-each-character eugh noise repeated in different stretched and pitch-shifted versions while the text is shown on screen) is charming because this is where it happened first. 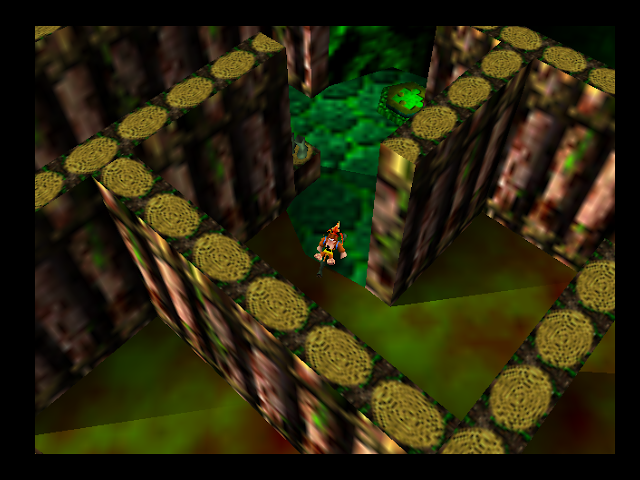 Looking at modern conventions is hard with Banjo-Kazooie. There really aren't that many modern games to compare to. The collectables work here, sure there are a few too many, but they all do something rather than just being something extra to tick off. You need more notes to open the hub world up (and it's a gloriously silly and sprawling hub world). Eggs are your projectiles, feathers let you fly (red) or be invulnerable (gold). The jiggies (gold jigsaw pieces) are your equivalent of Super Mario 64's stars, but unlike SM64 when you collect a jiggy you can keep playing the current level.

One of the best elements of the game is that the best levels don't come first. For me the first three levels: Bob-omb Battlefield, Whomp's Fortress and Jolly Roger Bay are the best in Super Mario 64 (although the late-in-the-game *Tiny-Huge Island is the most inventive if a bit messy in execution). Banjo Kazooie spreads its excellence throughout the game. The first level is arguably its worse, with Click Clock Wood (the last world) my favourite. It is fair to say that they are filled with the usual platform game tropes (The Desert World! The Ice World! The Beach World!) but the riffs on those overused concepts here are at least imaginative, and there are plenty of more unusual themes (although I maintain that Bubblegloop Swamp is a bit of a mess). 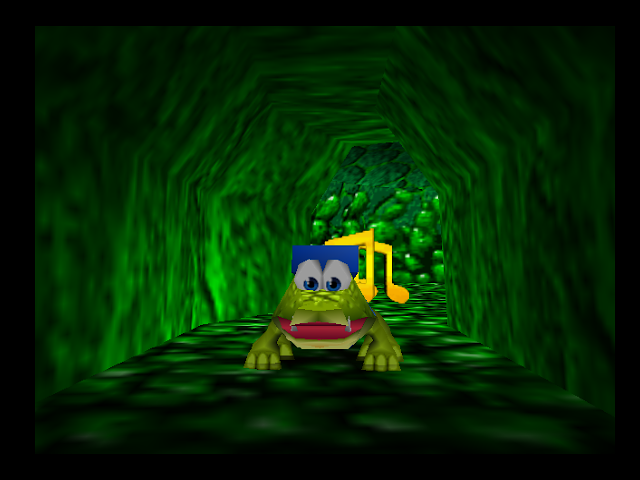 What is harder to forgive is the camera, which is a frequently a real battle to play with (and I think possible worse than Super Mario 64's) and the sometimes awful controls. Swimming in all games is awful, and Banjo-Kazooie does nothing to help this. While above ground your shadow at least gives a sense of where you'll fall once you finish jumping or flying. Underwater judging depth is horrible.

I can't separate whether I enjoy this for nostalgia or for its own merits; it must be a combination of both. My children find it incredible to watch and ask to see me play it, so it must hold some interest. 3D platformers are a strange thing, but I think this is about as good as it gets, even with all the rough (and often blurry) edges. 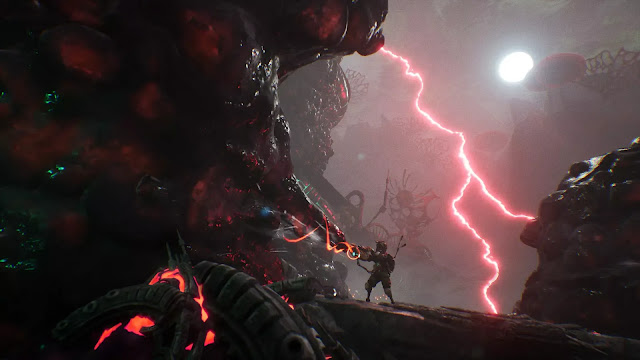 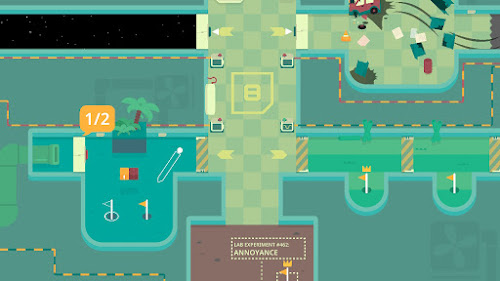